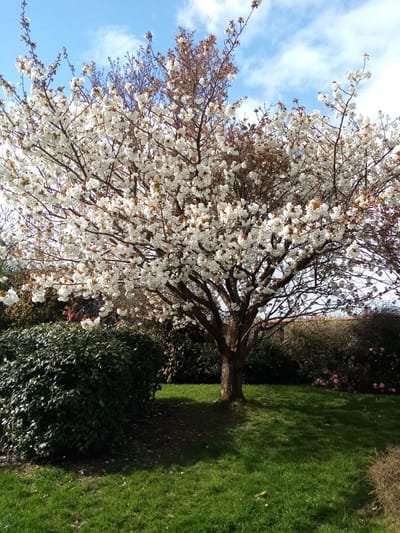 A choice of HAIKU

Haiku poetry typically discusses subjects from the natural world, including seasons, months, animals, insects, and even the smallest elements of nature, down to a blade of grass or a drop of dew but mostly connected with feelings and emotions symbolised by words. A traditional haiku consists of 3 lines with 5 -7 - 5 syllables, or better: sound units. Haiku are written in the present tense. The essence of haiku is kiru ("cutting"). This is often represented by the juxtaposition of two images or ideas and a kire ji ("cutting word") between them, a kind of verbal punctuation mark which signals the moment of separation and colours the manner in which the juxtaposed elements are related. The Japanese language indicates the cut by a sigh or exclamation f.e. ya, ta.., while our languages do not, ..or rarely ..by terms like oh, alas. Due to this deficiency the three lines version was created. Haiku contain "season words" (kigo), nouns that imply the season, because they have been traditionally associated with certain times of the year in Japanese or Chinese A haiku is divided in Phrase - Phrase - Fragment. An example of a Bashō poem, where line 1 is the fragment: waterjar cracks— I lie awake this icy night The Japanese does not know articles, so we can omit articles if appropriate. A haiku communicates the moment, which you see, to others.