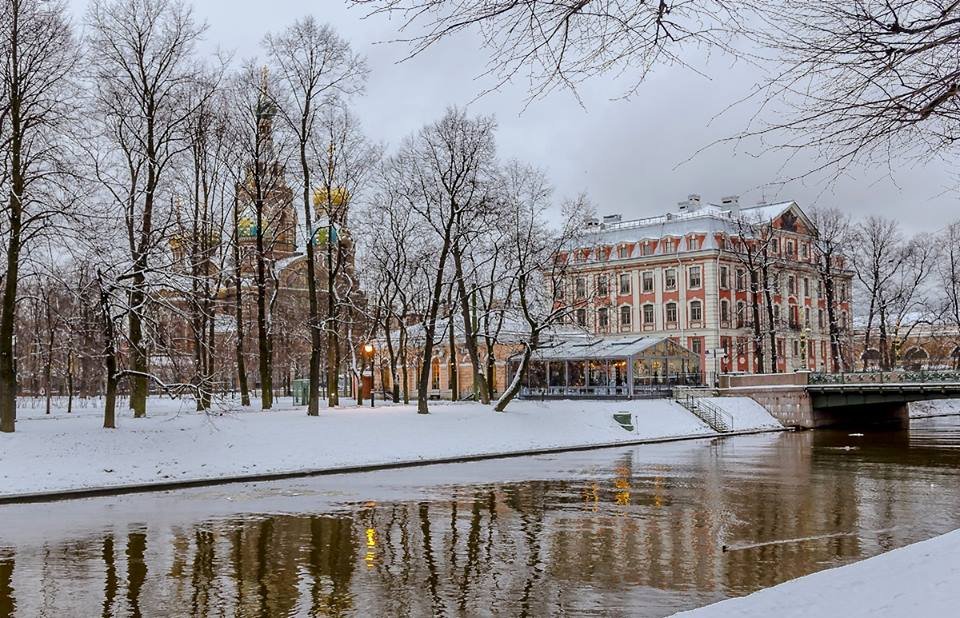 Early winter. I arrive in a region of the Taiga, a place of a great silence, where I can make my way with empty hands and without money, detached from material life, like the shaman, (or is he a monk?), who left his log cabin to me while he visits his mother near Arkhangelsk. Here is the loneliness, a seclusion I desire; where one feels in touch with primeval times. Not the loneliness caused by isolation among people surrounded by the background noise of a city.

He left me dried reindeer meat, cheese, a loaf of bread, dried mushrooms and tobacco.

New snow covers the tracks of the sleigh which disappeared in the distance, into the Russian vastness. This sealed my entry into loneliness, made it irreversible.

In this loneliness my thoughts and feelings sort themselves like the falling of loose sheets of paper which miraculously settle edge to edge. It helps to gather me. I listen to a void, freed from the grinding din of civilization. I perceive the melancholic tone of the ice wind resounding at the bottom of my heart where it dissolves, thaws.

An emptiness of sounds of a vast forest, reaching beyond the horizon, with millions of trees, stretching thousands of miles. One can hear the silence, touch it, comprehend it.

Loneliness sharpens the senses and I see traces of wolves and foxes, who emit no sound, pass by, do not take any notice of me and are sucked in by the darkness of the forest. The fluttering of warblers and finches which pick the seeds from pine cones is the only agitation in a quiescent ambience.

Occasionally movements can be perceived when snow falls off the heavy loaded spruce branches and the branches spring back. The trees whisper to me. Late sun threads weave light into the nightfall.

A few logs burn in the oven and the embers cast flickering light on the ceiling.

The room is filled with the scent of fir wood and resin, the smell of mushroom soup and fried chanterelles.

The saints on the icons on the walls look at me with mild, reassuring smiles.

I step outside the cabin and over me stretches the vast open firmament. Blue moon night. Volatile-transient.

Looking at the sky, I enjoy my freedom of seclusion, non-attachment and needlessness.

Suddenly a green curtain falls from the Northern sky and waves as if in front of an open window.  Over the black, star covered sky, finger the green-violet streaks of aurora borealis.

I hear sounds —they appear to be generated in the air above the ground.

A weird surging hiss from this magnetic storm. Aurora whispers and there are clap sounds,

crackles or muffled bangs, which last for only a short period of time. These sounds are soft and can only be discerned in the utter silence of loneliness. The voice of the aurora.

The polar light vanishes. Darkness takes over and I hear the distant sound of a train,

and the lonely humming of a plane comes near and moves away again.

I go back into the cabin to comb through my thoughts for words to line up in a poem. Tobacco clouds hover over the writing paper, mysterious, like incense in front of an iconostasis:

Green curtain of the polar light

the taiga, so infinitely far the horizon,

where a full moon is fixed on

recalls feeling of feet on a carpet.

the solstices as calendar,

because they strike forest strings.

in the vast expanse,

Remembrance of a tender touch

is so far removed,

through the grid of weaning